Part I – The Materialistic State

Although much of the efforts that have been undertaken to “other” the Islamic world have been sophistic and have relied upon disingenuous arguments, there are some areas where marked civilizational differences can be identified. One such difference is between certain theories of the state. The Islamic Republic of Iran, for example, is a state whose ideological underpinning is based upon a spiritual understanding of the world, whereas the states of the West are largely temporal vehicles of materialism and secularism.

It seems then that in order to foster further understanding between the much maligned Islamic world and the West that the disparate conceptions of the spiritual state and the materialistic state need to be compared and contrasted. Here one ought not necessarily be restricted to the Islamic conception of the spiritual state as history furnishes us with myriad examples of such states which share many of the same traits.

The main scholar to turn to when attempting to distinguish the materialistic state from the spiritual state in occidental scholastics is Julius Evola (1898-1974). He rejected the post-Enlightenment world in toto, professing nostalgia for the transcendent state of what he termed “the world of Tradition”, which he defined in his magnum opus, Revolt Against the Modern World, based on universal criteria observable in multiple civilizations. Evola famously authored critiques of German National Socialism and Italian Fascism from the perspective of the authentic Right (which he distinguished from the inauthentic, economically deterministic Right which in fact promotes variants of Classical Liberalism), criticizing both movements for not fully overcoming the rationalistic, egalitarian and populist trappings of modernity.

A Korean academic, Park Yu-ha, has reportedly been indicted for libel by Korean authorities for a scholarly book she wrote which challenged the claim that Korean WWII comfort women were “sex slaves”. This comes only months after the Seoul Eastern District Court ordered the “deletion of parts of the book”, Comfort Women of the Empire: The Battle Over Colonial Rule and Memory, which portrays those Korean ladies who provided sexual services to Japanese soldiers during the War as having been run-of-the-mill prostitutes rather than women subjected to state-sanctioned sexual slavery.

Many Korean citizens have reportedly taken offence to the implicit allegation that Korean men stood idly by and watched Japanese soldiers barge into their homes and drag their womenfolk off to a life of sexual servitude during the 1930s and 40s. Several prominent Korean academics and journalists have thus joined Japanese intellectuals in critiquing the official historical discourse on this subject.

Park’s indictment comes just days after a German octogenarian, Ursula Haverbeck, was sentenced to ten months in prison without parole for claiming that the Auschwitz concentration camp was a labour camp rather than an extermination camp.

The “lawfare” waged against intellectuals who challenge fashionable historical interpretations of WWII is extremely conspicuous and will no doubt encourage free-thinking individuals to look skeptically into the sanctified subjects which they might otherwise not have been compelled to reevaluate.

Some skeptics believe that countries like Russia, Britain and the United States want to cover up their crimes, such as the rape of up to two million German women, during the War and thus have embellished and overemphasized the wrongdoings of the Axis forces.

One reason I’m drawn to study the work of Japanese revisionists is that they are actually afforded enough discursive space for there to be a somewhat rational debate on whether or not the different aspects of the history of WWII in Asia they address have been interpreted accurately.

This press conference held at the Foreign Correspondents’ Club of Japan reveals the gulf that exists between Japan and the West when it comes to freedom of speech on the subject of WWII.

Many European historical revisionists have been imprisoned and fined since 1945 simply for attempting to have the kind of civilized discussion displayed in the above video.

END_OF_DOCUMENT_TOKEN_TO_BE_REPLACED

On October 26, 2015, pioneer of Alternative Right politics and post-war historical revisionism Willis Carto passed away at age 89. In reading some of the eulogies published about him on websites such as Counter-Currents, I was amazed to discover that Carto had been shot by a Japanese sniper on Cebu Island in May 1945, for which he was awarded the Purple Heart. This factoid reaffirmed my belief that Carto was a man who strove for objectivity in his political and historical research.

I knew of Carto’s support for those whom the FDR administration persecuted in the early 1940s for their refutations of that regime’s pro-war arguments. Ralph Townsend was one such victim of the Stalinist show trials which are described vividly in The Trial on Trial: The Great Sedition Trial of 1944 by Lawrence Dennis and Maximilian St. George. Carto would allow pro-Japanese interpretations of WWII in Asia to be published in the publications under his auspices, in spite of the fact that he had succumbed to a Japanese bullet during that war. That was the kind of man he was.

END_OF_DOCUMENT_TOKEN_TO_BE_REPLACED

This is a portion of Ralph Townsend’s article “Our Slump in Foreign Pets” which was originally published in The North American Review in August 1933. We sense in this piece Townsend’s frustration with the self-flagellating universalism of liberals and Christians, which he believed made Americans prone to exploitation by cynical out-groups. His frustration with the way who was or was not the “underdog” du jour impinged upon American foreign policy, is exhibited in his later writings.

Our Slump in Foreign Pets

When we stop showering unappreciated favors on the Chinese, our market should be saturated.

There are signs that we are soon to be without a foreign pet—without any journalistically chosen foreign country or distant people upon whom our sensation-stirring writers and plaintive orators may loose eulogies to wring extravagant sympathy out of average Americans. China, our last and longest foreign pet, seems about to pass from the roster as more and more intelligent opinion filters back to correct misinformation here. There is no successor in sight.

END_OF_DOCUMENT_TOKEN_TO_BE_REPLACED

I have recently been evaluating the conflicting viewpoints on the subject of World War II comfort women and intend to summarize them in future posts on this nascent blog. For now, I thought QJH readers might find this CNN interview with Komori Yoshihisa of Japan’s Sankei Shumbun thought-provoking. He provides some but not all of the main protestations Japanese comfort-women-skeptics make against those who opt to emphasize the relationship between prostitutes and the Japanese military during WWII in their discourse. 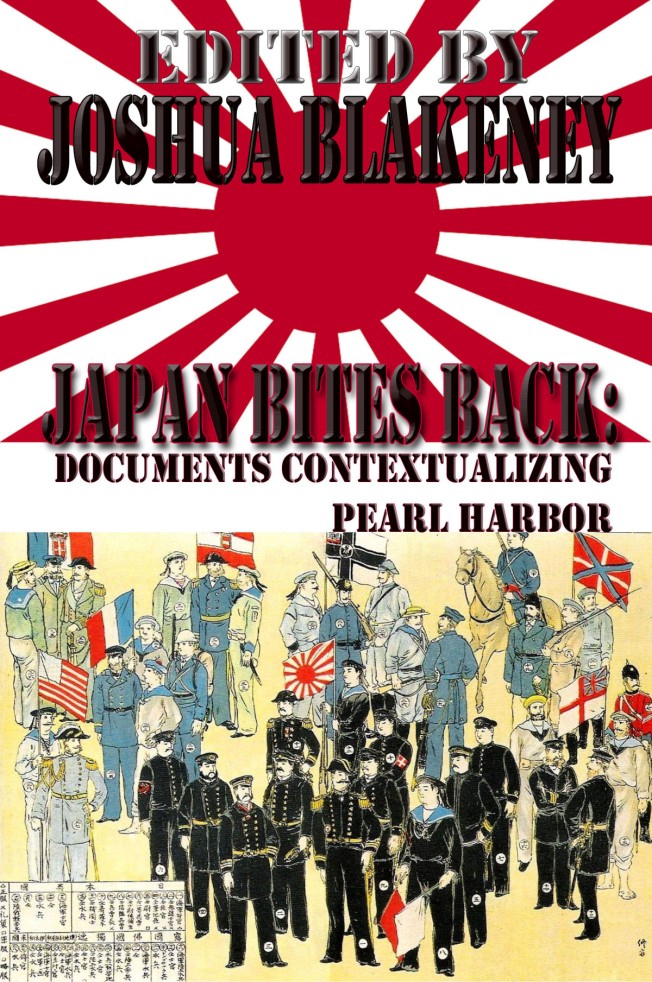